“The NFL needs to be shamed”

Professional football players should not be considered disposal entities, only to be cheered and celebrated during their youthful playing days, and then virtually disregarded as they deal with a life of perpetual aches and soreness thereafter.

So many unfortunate stories of former NFL gladiators have tragic endings because of the physical and emotional trauma they must deal with on a daily basis later in life.

“Through practices and games, you are going to get injuries. From my torn ACL, to my torn pecs, to sprained ankles, to dislocated fingers. Both of my shoulders are terrible,” said former Bears linebacker Otis Wilson.

That’s where the financially-leveraged NFL needs to pitch in and ensure their once proud ambassadors of the game have access to world-class clinical and rehabilitation centers across the country, such as those of personal trainer Greg Hachaj of GHfit lab. 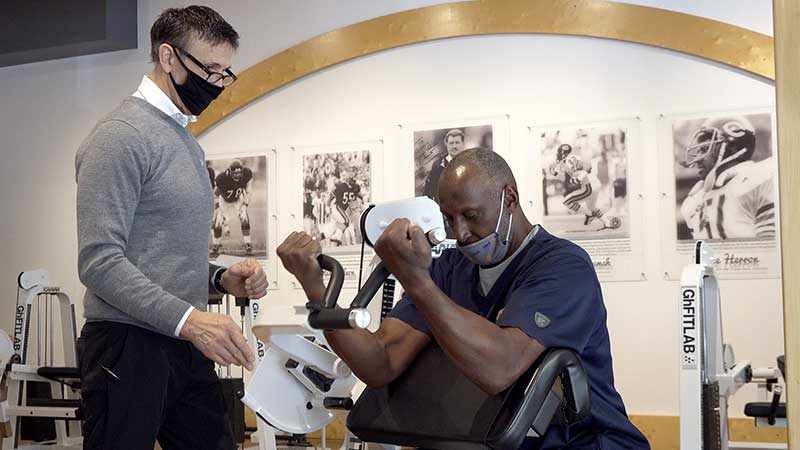 Wilson is trying to spread the word that there are many former NFL players who are hurting and many have been too proud to ask for help.

“I want to take care of the Chicago athletes first to really get all the kinks out. Then expose it to the world,” he said. “Most hospitals in every city have facilities where they can have a workout, or partner up with people. We could take care of athletes in 30-something cities. So it is not a hard thing to do. It’s just a matter of implementing it.”

Wilson is sold on the program run by Hachaj, a former soccer player in Poland who came to Chicago in 1987 and initially got involved in bodybuilding.

“You don’t have the quality of life when you have the pain,” said Hachaj, who has Chicago-area facilities in Bucktown and Glenview. “You have a headache every day. You cannot succeed in any business when you have pain. And we don’t have much to eliminate pain. So we suffer in life.” 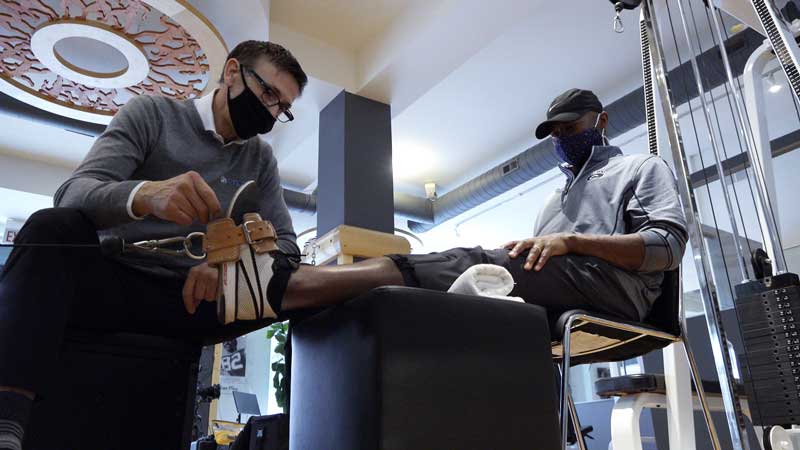 “With professional athletes, when you play football, you are already setting yourself up for a life of pain. The difference is that when you play the game, you are full of muscle. You are so young and your brain can handle so much more pain. Now, you cannot actually use that muscle anymore. Because anytime you are lifting weights and working out, you have more pain,” said Hachaj who has been assisting former NFL players pro bono.

“I spent 30 years in studying the muscle and I discovered something unbelievable. If you are able to restore your health in your muscle, it’s a miracle for our life and future. I am telling you that this story is an unbelievable true story about using muscle as an organ to change people from suffering and depression.

“From Keith Van Horne to Jiggetts to Jerry Azumah…you name it. We have 15 of them when they came with pain. And today they are living life with minimum pain or zero pain.” 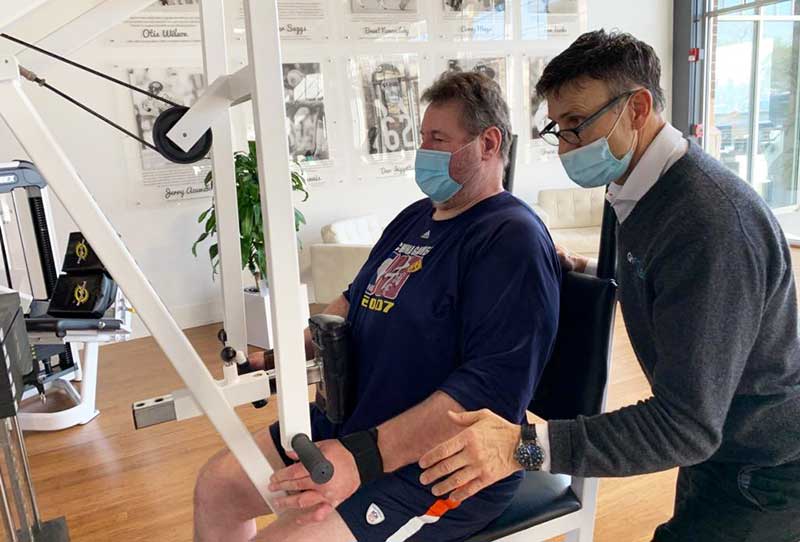 Former Chicago Bears Super Bowl XX tackle Keith Van Horne has had major surgeries from head to toe, but has seen marked improvement after working with the GhFitLab location in Glenview, Illinois.

Wilson, a star outside linebacker on the Super Bowl champion Bears, places the blame for the lack of financial support for more such facilities at the doorstep of the NFL.

“The NFL needs to be shamed. When we are in their face they tell us how much they love us and what we meant to the game and did for the game,” Wilson told me. “And we sacrificed our bodies, our time and sometimes our family. And we have nothing to show for it. Some people monetarily live well. Some people are mentally, physically and financially destitute. You have three ranges. But what everybody has that is universal…this game is going to tear your body down. And (the NFL) hasn’t done anything for us. We have had to fight for everything we’ve got. And it is not like they are going to say: ‘We appreciate you and we are going to put $10 million aside.’

“If they had done that from Day One, let’s say with a million dollars for the pain…we would have clinics to go to and have nothing to worry about. But that doesn’t exist, so we are where we are right now.

“The older we get, the more we are going to lose muscle. On top of that, with pain you have got to go to medication. If we make enough noise, hopefully they will listen. They have the money. So money would not be a question to them. It’s whether they want to do it or not.”