My home town of Gary, Indiana, has a rich history of world-class athletes, contradicting the unfortunate national narrative of it being simply beset with extreme poverty, rampant crime and virtual hopelessness.

And one of the most remarkable stories belongs to 2-time NBA champion Dick Barnett, who starred at Gary Roosevelt High School before leading Tennessee State (then known as Tennessee A&I) to three straight NAIA national championships (1957-58-59) under legendary coach John McClendon. Barnett, born in Gary in 1936, starred with the Lakers and Knicks and capped a phenomenal NBA career with the world champion Knicks. He was originally drafted by the Syracuse Nationals (now the Philadelphia 76ers) and played there two years before leading the Cleveland Pipers (owned by George Steinbrenner) of the old ABL to a championship. Barnett then spent three seasons with the Los Angeles Lakers before being traded to the Knicks in 1965.

In his senior year at Roosevelt (1955), Barnett’s Panthers lost to Indianapolis Crispus Attucks in the state championship game. It was the first time in United States history that two all-black teams tipped off against each other in a state basketball championship game. Crispus Attucks was led by future Pro Basketball Hall of Famer Oscar Robertson.

My friend since grade school, Chuck Hughes, and one of my former high school coaches, Earl Smith, are on a mission to formally recognize these former Gary greats, along with many others from the Steel City, in a hall of fame. A new downtown building owned by Indiana University would be the site of Gary’s sports hall of fame. Hughes is the head of Gary’s Chamber of Commerce and a longtime community activist. Coach Smith was a football and track star at Gary Roosevelt and the University of Iowa. He is a member of the Indiana Football, Track and Basketball Halls of Fame and the former Gary Athletic Director.

Barnett’s transformative story did not end with his playing days. A self-described marginal high school student, Barnett went back to college during his NBA career at Cal Poly and Tennessee State, then earned a master’s degree at New York University and a doctorate at Fordham University. Now, Dr. Barnett tells his story nationwide that individuals need not be restricted by their environment, perception or external expectations.

Dr. Barnett, who also became an assistant coach with the Knicks for three years, taught sports management at St. John’s University. His jersey number (12) now hangs from the rafters of New York’s Madison Square Garden. Barnett now is sharing his inspirational story by speaking to youth across the country. Interested parties should contact Hughes (219-746-6339) to be included on Barnett’s speaking tour.

A prolific scorer (15.8 ppg over 14 seasons), Barnett’s unorthodox left-handed shooting style earned him the nickname of “Fall Back, Baby” as he released his patented fadeaway shot from the baseline corner with both feet kicked high in the air. 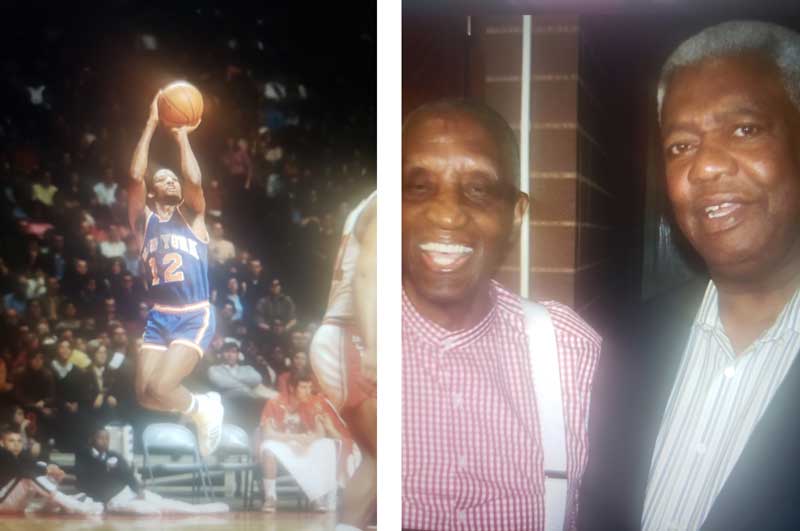 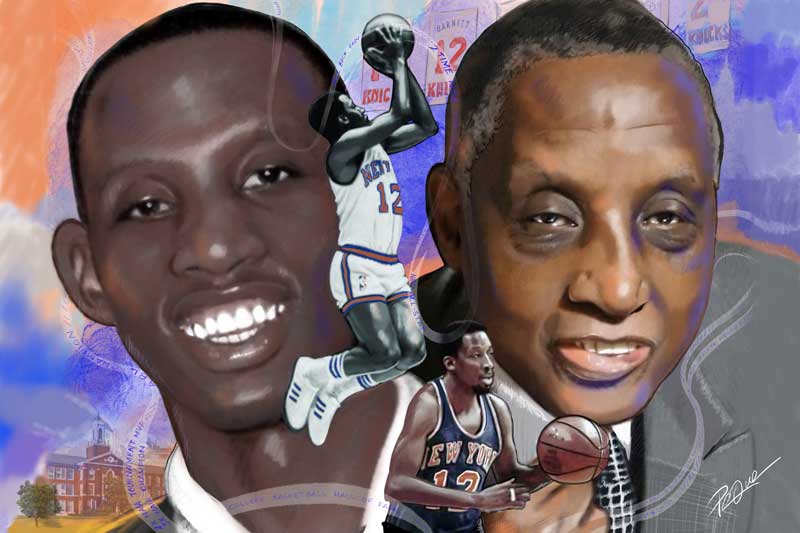