Richard Dent made a name for himself as a dominant pass-rusher while becoming the Chicago Bears’ all-time leader in quarterback sacks.

The 2011 inductee into the Pro Football Hall of Fame was a member of the Super Bowl XX champion Bears, placing himself on a pedestal in Chicago sports annals. But Dent, the Super Bowl XX MVP, now finds himself in a more precarious situation than a double-team block as his current livelihood and reputation are being threatened because of allegations of inappropriate behavior at business/social functions.

I wrote Dent’s biography with Richard in 2012. We may need to add another chapter detailing this current legal matter.

Dent’s company, RLD Resources, has had various energy supply and brokering agreements with Constellation NewEnergy and certain of its affiliates. Constellation is a subsidiary of Exelon Corp. All of the contracts with Dent’s company were considered “at-will” so Constellation could terminate them for any reason or no reason. These contracts had been in place for five to six years without any disputes. But in September of 2018, two Constellation attorneys visited Dent’s Michigan Avenue office in Chicago and told him that certain allegations had been made against him. An unnamed woman employee of Constellation said that Dent sexually harassed her on two occasions, once at a Constellation-sponsored golf event in 2016 in the Philadelphia area. And once again at a similar event in the Chicago area in 2018. In addition, an unnamed man said that he observed Dent being “drunk and disorderly” at the JW Marriott Hotel on Adams Street in downtown Chicago in 2018, where Constellation was distributing golfing items to its guests.

Dent denied all of these allegations while Constellation’s attorneys have refused to name the individuals who made the allegations.

Mark Huston, a Constellation executive, sent Dent a letter terminating all of Constellation’s contracts with him in October 2018. Three months later, Huston announced Constellation’s new marketing campaign in which it would be the official energy supplier to the Johnson Controls Pro Football Hall of Fame and Hall of Fame Village in Canton, Ohio.

When Constellation refused to name the individuals who had made the allegations, Neilan filed a case under Illinois Supreme Court Rule 224, which provides a pre-suit discovery of the identities of persons who may be liable for damages. The Circuit Court ruled against Dent and dismissed the case with prejudice. The decision was appealed and last fall a three-judge panel of the First District Appellate Court reversed the Circuit Court’s decision. In March of 2021, in an order signed by Chief Justice Anne Burke, the Illinois Supreme Court granted Constellation’s petition for leave to appeal.

Neilan added that “people should compare Chief Justice Burke’s willingness to hear Constellation’s appeal in Dent’s case with her Court’s refusal to hear the appeal of 3,800,000 customers of Constellation’s affiliate ComEd in 2015. [Hawkins v. ComEd, 32 N.E.3d 673 (Ill. 2015).] ComEd admitted in 2012 that its violation of an ICC order cost ratepayerscost $182 million, but Chief Justice Burke’s Supreme Court denied fundamental due process rights to all those ratepayers by ruling that their claim against ComEd could not be heard in any court, regardless of its merits. Now Chief Justice Burke rides to the rescue of another Exelon subsidiary to protect it from the consequences of its own actions. Voters in the State of Illinois should take note of how the Illinois Supreme Court’s discretionary selection of the cases it will hear aligns in such perfect congruity with Exelon’s priorities.” 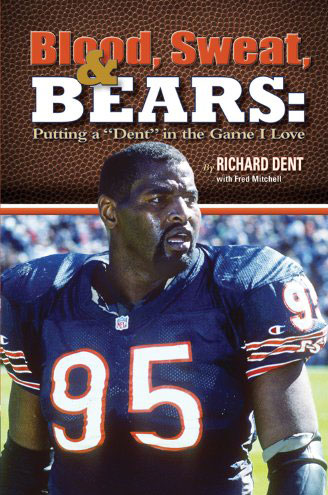